The Presidential Primary as told by a Pride Guide

I recently experienced a once-in-a-lifetime trip, where I was able to travel across the Granite State to attend the first primary in the 2016 presidential race.

This trip marked one hundred years since the first New Hampshire primary, making this one pretty special. New Hampshire is an important state in the selection process as it always holds the first primary, so virtually it marks the beginning of a campaign and can often make or break a run to the White House.

During the trip we visited a number of cities within the state where we were able to attend major political events including Get out the Vote campaigns, town hall meetings, watch parties, and meetings with local politicians to discuss the election. Some of the candidates and people that we were able to meet and hear speak along the way included Jim Gilmore, Jeb Bush, Hillary Clinton, Marco Rubio, Bernie Sanders, and former president Bill Clinton. The trip allowed us to go beyond just the debates we watch on television and hear firsthand each candidate’s plan of action. The opportunity to stand just a few feet from, ask questions to, or to shake hands with somebody who might become the next leader of the United States was unreal. 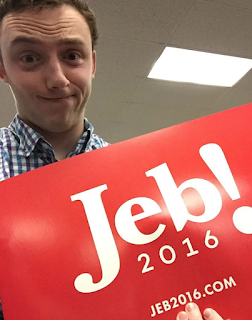 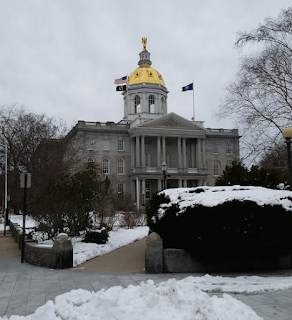 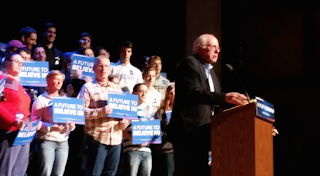 While meeting some of the candidates was definitely one of the highlights of the trip, my favorite part by far was the ability to be surrounded by people who were just as interested in the process as I am. Regardless of which candidate we favor or what each person's major is, we were all able to come together and discuss our views on the road. This also included several faculty members from the history, political science, and Honors College departments who organized the trip, answered questions, engaged in debate, and even had some friendly conversation while on the road.

As a political science major, this represented the kinds of opportunities that I came to Hofstra for. Overall, I would say that this trip is definitely at the top of my best 'Hofstra moments' list, in addition to topping my 'life experiences' list, as well! The fact that I was able to have the opportunity to get a hands-on learning experience like this will prove to be extremely valuable throughout the rest of my time here at Hofstra, and it's definitely one of the reasons I’m proud to call myself a Hofstra student.

-Pride Guide Matt Hauszpigel
Posted by Unknown at 10:03 AM