"When I first came to Hofstra, I was under the impression that I would only be involved with my major, but that was not the case at all. During my time at Hofstra I have been involved with so many organizations. I am a finance major but I still have been a part of TranscenDANCE, Student Government Association and Unispan Records. And within my major, I was able to get involved with the dinance department and work on the Bloomberg terminals during my first year! As a Resident Assistant and a Pride Guide, I can connect with so many first-year students and help them join the PRIDE.

My Hofstra journey began during the first presidential debate in 2016 and in the span of those three days I got the opportunity to work with ABC News, NBC News and FOX News." -Rhea '20 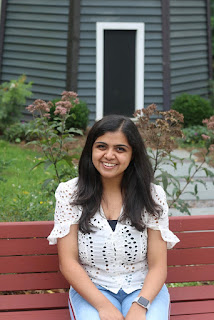 Posted by Hofstra Pride Guides at 10:59 AM