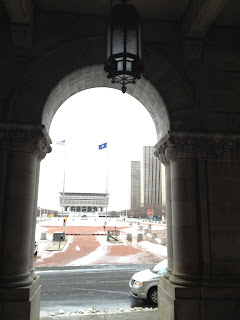 Hofstra students made the trek up to New York’s capital to see the government in action for Student Lobby Day.  It was definitely a full two days of adventures and politics. 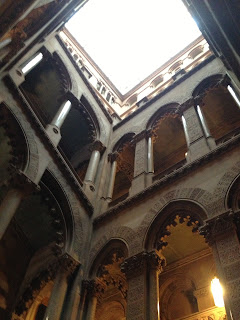 After a rather musical car ride, we arrived in Albany and had dinner with Hofstra Alumni Thomas McKevitt, now a representative in the New York Assembly who gave us an intro into the state’s government. Tuesday was devoted to advocacy and education as we were guided around the capital buildings, sat in on a lobbyist’s meeting, and met and spoke with lobbyists and state representatives. 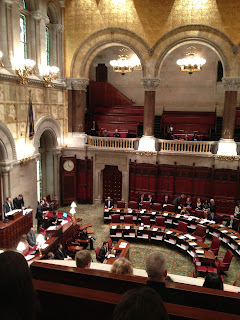 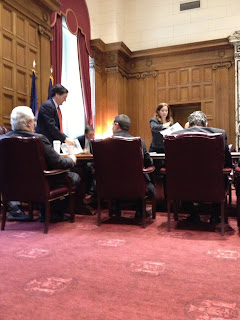 During the trip, we all got to watch the legislative process in real time. Something completely different than viewing it through a textbook. Being there, in real life, at the capital you see how everything just comes to life and works in such a fast paced environment. It was fascinating and incredible to be in the midst of the action. 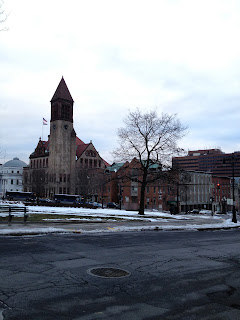 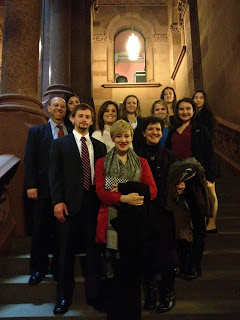 Posted by Caitlyn Hutchison at 1:01 PM